Live a multisensory experience with the Blue Man Group, an unforgettable stage theatre show that has captivated over 35 million people in the whole world since the group was formed in 1991. 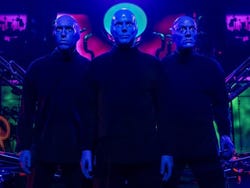 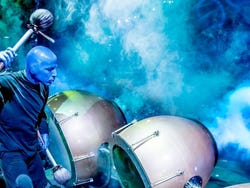 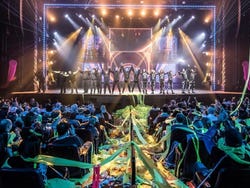 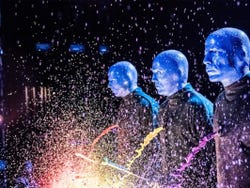 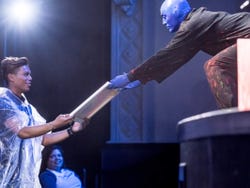 What is the Blue Man Group?

Blue Group Man is an innovative theatrical production that mixes comedy, drama, music, art and technology in a unique performance full of surprises and emotions.

The stage production doesn’t have a storyline nor does it have any dialogues. Three enigmatic men in blue masks stimulate the public’s senses playing experimental music and using various objects and resources to express opinions about life, technology, progress, color and communication.

The three actors are accompanied by a live band.

Why is Blue Man Group so special?

This impressive interactive performance is one of the longest-running off-Broadway shows in New York. A year after its debut, the Blue Man Group was awarded the Drama Desk Award for Unique Theatrical Experience.

Blue Man Group has become so famous that it has participated in films like Robots and Terminator 2 and in series like Arrested Development and The Simpsons.

The system will automatically assign the best seats available at the time of the booking (either Orchestra, Poncho or Mezzanine seating), ensuring you'll get great views of the performance.

Check out the Astor Place Theatre seating chart in the following link:

The Astor Place Theatre is an off-Broadway house, inaugurated in 1968. It is located in a Greek-styled 1831 building, one of the oldest in New York City.

The Astor Place Theatre has hosted the Blue Man Group show since its debut in 1991. Its 300 seats make it the perfect theatre to enjoy this unique and interactive show from anywhere in the auditorium.

Please check local restrictions before traveling. All of our services comply with recommendations to avoid the spread of Covid-19.

Tickets to the Blue Man Group in the selected category.

US$ 89
No hidden fees or surcharges
Book