Learn the secrets of one of the greenest and prettiest areas of New York City on a walking tour of Central Park! 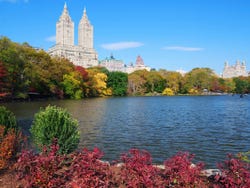 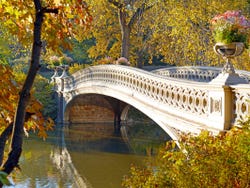 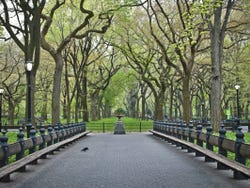 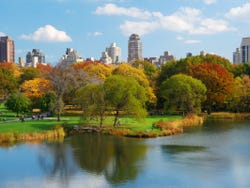 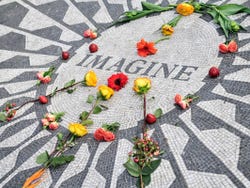 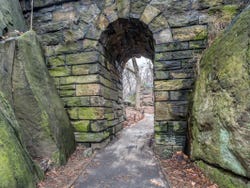 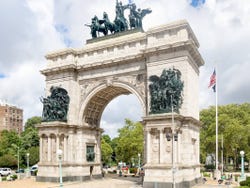 A marriage proposal, a preacher trying to be heard, bohemian music drowning out the noise of the city, a Hollywood rom-com being filmed... Central Park, the green heart of Manhattan is waiting to be explored. To discover more, meet your guide at the Grand Army Plaza, in the heart of Midtown, at 3 pm.

On this two-hour long guided tour of Central Park, you'll cross the lake via the famous Bow Bridge, the most romantic bridge in New York. Next, you'll walk down The Mall, one of the park's most well-known walkways.

As you explore the park, you'll feel like your on a movie set, and you'll get to see some of the exact locations used in films and series such as 'Love Story', 'Serendipity' and 'Home Alone 2'.

Central Park is also an unmissable spot to learn about the city's fauna and flora. With the backdrop of the city's skyscrapers, this green oasis is home to numerous plant species and animals, including the famous Central Park squirrels!

At 5 pm, the tour will come to an end at Strawberry Fields: a memorial dedicated to John Lennon. This world-class British musician was assassinated closeby on 8th December 1980. At the end of the tour, not only will you have seen more of the park, but you'll also learn about the history of this iconic area.

The tour is exclusively in English.

English speaking guide during the walking tour of Central Park.

Book as soon as possible to guarantee availability, especially during public holidays and festivities.

You can book up until the previous day (3:00 PM local time) if there are still places available.

Once your booking has been confirmed, you will receive an email containing your booking voucher. Please print it out or download on your smartphone/tablet to show on the day of the activity.

If you still have more questions, check out our section on frequently asked questions. If you need help to book an activity or have any enquiries, please contact us.

I travelled with my partner
6

I travelled with my partner
Show all the reviews
Free

7.4 / 10 341 reviews
Take a day trip from New York to the fascinating Niagara Falls and be blown away by the power of three waterfalls on the border between Canada and the USA.
US$ 234 US$ 220
Book