Relive one of the most iconic love and unlikely stories of the big screen. Fall in love with Vivian and Edward all over again watching Pretty Woman: The Musical on Broadway. 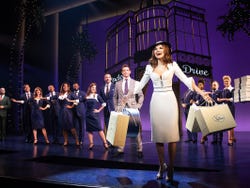 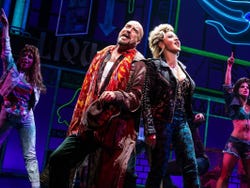 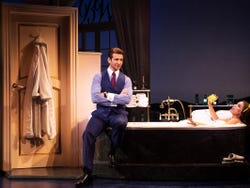 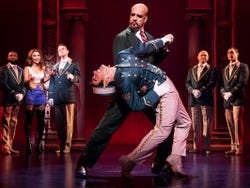 “Pretty woman, walking down the street, pretty woman...” who hasn't sung this song pretending they're sauntering down a catwalk? The iconic song always makes us think of Vivian, played by Julia Roberts, a down-on-her-luck sex worker and her unlikely love story with businessman Edward, played by Richard Gere. Today, you can experience the captivating film live on Broadway, watching the successful Pretty Woman: The Musical.

From scenery to cast and wardrobe to songs, you'll feel as though you've stepped straight into the luxury LA hotel where the tale takes place. For musical and theatre fans, Broadway is the ideal place to enjoy this cinema classic in a different way. You're sure to fall in love with this spectacular show!

New York's Nederlander Theatre is the Broadway venue for Pretty Woman: The Musical. Opened in 1921, the theatre has achieved several box office records, and its famous productions include Who's Afraid of Virginia Woolf, Rent and Guys and Dolls.

The recommended minimum age to attend this show is 13 years old. Children under 4 years old are not permitted to attend.

US$ 139
No hidden fees or surcharges
Book

These are genuine reviews written by our customers.
8
8 1 review

I travelled with my partner
Show all the reviews
Free

7.4 / 10 341 reviews
Take a day trip from New York to the fascinating Niagara Falls and be blown away by the power of three waterfalls on the border between Canada and the USA.
US$ 234 US$ 220
Book