Based on the famous film starring Jack Black, the School of Rock musical has been performed in Broadway uninterrupted since 2015. Don’t miss this great rock history! 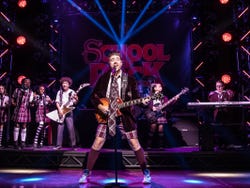 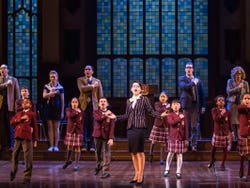 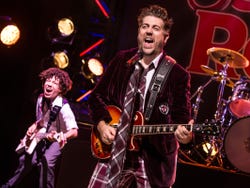 The musical School of Rock is based on the film of the same name which starred Jack Black in 2003.  It tells the story of Dewey Finn, an unemployed rocker who poses as a music teacher at a prestigious school. Dewey discovers a musical talent in the students and forms a rock band with them.

Despite eight performances each week, School of Rock has limited availability. If your visit is in the summer or at Christmas, we recommend you reserve at least two months in advance.

When making the reservation, the theatre assigns the best seats that are available. The earlier you book, the better!

Our tickets for School or Rock are always allocated to the Orchestra or Mezzanine seating sections, which means you will have a seat in the first rows of the dress circle or in the stalls, guaranteeing an excellent view of the show.

The Winter Garden Theatre is a Broadway theatre that opened its doors in 1922.  Is is located in a structure where horses were originally sold, but from the 1920s it was dedicated to revue shows and musicals.

Occasionally is impossible to get tickets for the School of rock musical.  If you cannot buy the tickets on our website, you can try to get them on resale sites such as SeatGeek.

The minimum age to take part in this activity is 4 years old.

US$ 149
No hidden fees or surcharges
Book

These are genuine reviews written by our customers.
9
9 2 reviews