Pay homage to the more than 3,000 victims of the September 11th terrorist attack in 2001. Here you'll find the remains of the twin towers, and will discover what happened on that fateful day. 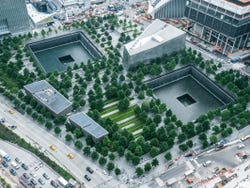 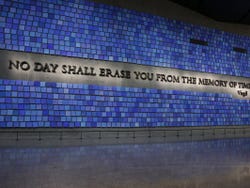 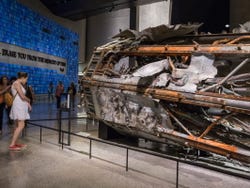 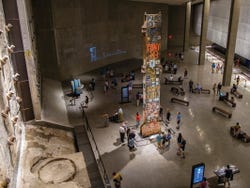 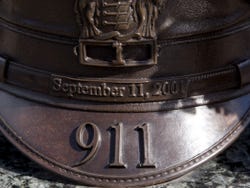 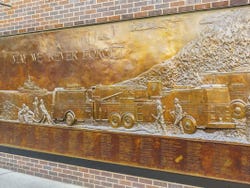 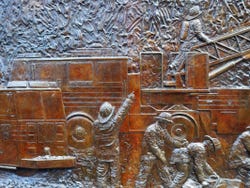 Found at Ground Zero, the 9/11 memorial is an open space which pays homage to all those who lost their life in the terrorist attacks in 2001. It's a place which represents survival, rebirth, and the memory of the victims.

This is the place above which the Twin Towers once stood, and now you'll find two huge fountains on which are inscribed the names of the over 3,000 victims of the attack.

During our visit to the memorial you can pass through the 300 oak trees which add peace and tranquillity, as well as seeing the famous 'survivor tree'. Experiencing the emotions which surround the 9/11 memorial is unmissable for any visitor to New York.

This moving museum brings together a collection of more than 10,000 objects to do with the September 11th attacks. In the exhibition, you can find testimonies from the survivors, photographs, objects and even material recovered from the debris.

This is a truly hard-hitting museum, which looks to pay homage to the victims of the tragedy. In the second floor auditorium, you can see interviews, reports and images of that day, from the moment the terrorists hijacked the plane to the survivors and their memory, years afterwards.

It is compulsory to display a Covid vaccination certificate or a negative PCR or antigen test performed up to 48 hours before the activity. Vaccines and tests must be authorised and recognised in the country of the activity. Show more

A safe distance of one metre between clients will be maintained whenever possible.

The temperature and wellness of all those taking part in the service will be monitored daily, excluding and maintaining in quarantine any who display fever or symptoms.

Alcoholic drinks are not available.

Entry to the 9/11 Museum and Memorial

You can book up until the same day (11:59 pm) if there are still places available. Book now to guarantee your spot.

Most areas are accessible.

I travelled with small children
Show all the reviews
like