The construction of the One Vanderbilt building began in 2016 with the hard task of improving the Grand Central area. To do so, it needed to avoid detracting from the station's prominence, a very difficult task considering that the construction of a 427-meter-tall building was on the table.

From the inside, One Vanderbilt is a 67-story building with a modern design that is full of life. Huge floor-to-ceiling windows bring natural light into every corner of the spacious rooms, designed in an open, column-free style.

Between the 57th and 59th floors, we'll find one of the best aspects of One Vanderbilt, an observation deck known as The Summit, which presents itself as the highest outdoor observation deck in downtown New York. It's the perfect place to enjoy the breathtaking skyline of the heart of Manhattan.

The One Vanderbilt observation deck is located 369 meters above sea level, a distance that can be covered aboard one of the exterior glass elevators ( known as "Ascent") that allow you to see the city receding and getting smaller and smaller.

At the top, you can enjoy The Summit Observatory's 6,000-square-meter observation deck and admire the Big Apple, Central Park, or some of its closest neighbors, the iconic Empire State Building and the elegant Chrysler Building.

The observatory is divided into several levels that combine glass-wrapped interior rooms, stunning outdoor terraces, and suspended glass boxes that float above Madison Avenue for a complete sensory experience.

The observatory has the one thing missing in other similar spaces - a bar where you can get your favorite drink to enjoy New York from up high.

Tickets to The Summit

If you want to buy tickets to go up to The Summit, you can do it directly here:

Other observation decks in New York

If after climbing the Summit you want to enjoy a bird's eye view of the city from other viewpoints, some of the finest observation decks in New York are Rockefeller Center, the Empire State Building, One World Trade Center, or the modern facilities of The Edge and The Vessel.

View at the One Vanderbilt at night 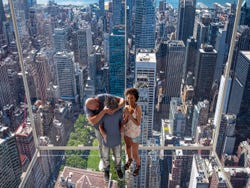 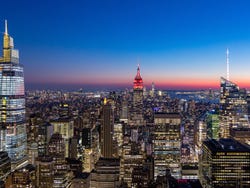 View at the One Vanderbilt 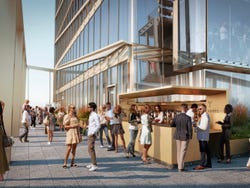 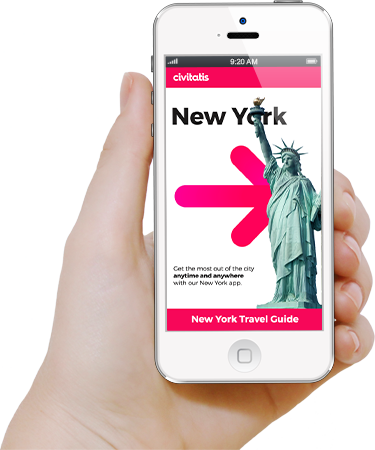