The famous book “One Thousand and One Nights” comes to life in Broadway with Aladdin, the musical comedy based on the 1992 award-winning Disney animated film with the same name. 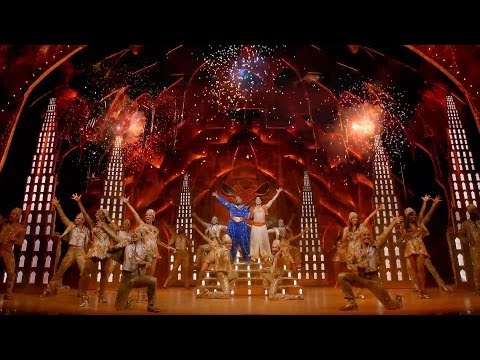 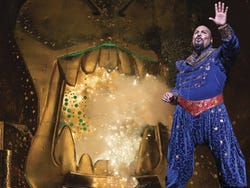 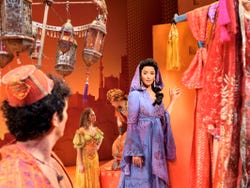 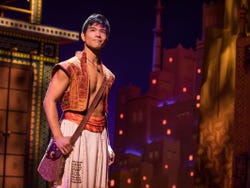 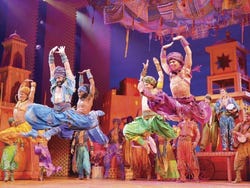 The musical narrates the story of Aladdin, an 18-year-old boy that has learnt to survive on the streets of Agrabah. Together with his loyal monkey Abu, he steals and tricks people to persevere. His luck changes when he finds a magic lamp with a genie inside. The genie grants him three wishes to help him win over Jasmin, the Sultan’s daughter, which he is head over heels in love with. His plans seem to go his way until he meets the evil Jafar who steals the lamp and the hero not only has to save Jasmin but the whole kingdom!

The adventures and love story of the heroic Aladdin are transformed into a dance show with magnificent visual effects, which will keep you mesmerized during the two-and-a-half-hour musical. It is directed by the famous producers that are also responsible for The Lion King and Sister Act musicals. According to The New York Times, Aladdin is a “fabulous musical that exceeds all expectations.”

The classic New Amsterdam Theatre, inaugurated in 1903 and located in the heart of Times Square, currently hosts Aladdin. It has a seating capacity of 1801. During many years the New Amsterdam Theatre was a cinema until it was completely reformed in 1997 to house various of Disney’s most popular musicals.

New Amsterdam Theatre allocates the seats at the time of booking on a best available seat basis, so we recommend you get them as soon as possible to get good seats!

Even though there is a show on every day of the week, tickets sell out quickly since the musical is so popular. If you visit New York City in summer or during Christmas, we recommend you book your tickets at least two months in advance.

Since Aladdin is such a popular musical, tickets quickly run out. If there are no tickets left on our website, you can try and purchase them on the online resale site: Seat Geek.

It is compulsory to present a Covid vaccination certificate, a negative PCR test or antigen test taken up to 48 hours before the activity. Show more

Orchestra or Front Mezzanine seats to Aladdin the Musical.

from
US$ 132
No hidden fees or surcharges
Book

The musical is terrific. But the theater is very old and quite uncomfortable. A shame because the show is really worth it even if you have a low level of English Opinion translated. Show original.

We loved the musical. We arrived in advance at the theater box office and they already had our tickets ready to deliver to us. We were given tickets to the front row of the theater. Very good location and we saw the whole show perfectly. A 10 of musical and management of Civitatis Opinion translated. Show original.

I travelled with my partner
6

The seats in the front line were not at all comfortable to watch the musical Opinion translated. Show original.

7.70 / 10 6 reviews
Discover the world's most famous natural science collections with this ticket to the American Museum of Natural History. Ready to meet the T-Rex?
US$ 23
Book
like

8.60 / 10 56 reviews
Discover the world’s most important modern art collection by visiting the Museum of Modern Art (MoMA) in New York. Marvel at “Les Demoiselles d’Avignon” and “The Starry Night”.
US$ 25
Book
like