Enjoy the multicultural side of the world's most diverse city: New York. You will visit Harlem, the Bronx, Queens, Brooklyn and the famous Coney Island beaches. 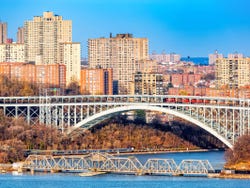 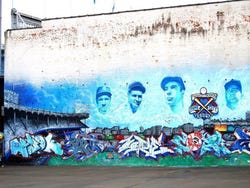 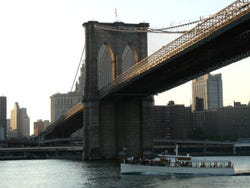 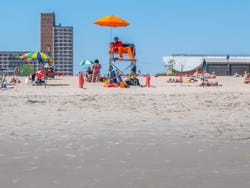 The tour meets next to Grand Central Station to begin the panoramic tour of New York's most cosmopolitan neighbourhoods, where every culture has its place. Our first stop will be Harlem, home of jazz and afro-American culture. We will pass by the famous Cotton Club before continuing on our way towards the Bronx.

The neighbourhood where Jenifer Lopez was born you can see the Yankee Stadium, and crossing the famous Grand Concord the tour will take in the abundant graffiti of the South Bronx. And without missing a step we'll continue our tour into the most intercultural of New York's districts: Queens.

This neighbourhood is famous as the home for the National Tennis Stadium (Where the U.S. Open is held) and what's more, pass through Malba to take a look at its imposing mansions after which we leave Queens behind.

At 12:30 the tour arrives at Coney Island. Having passed through this picturesque district, with its beaches and acclaimed views you will have an hour of free time to eat at one of the street stalls. We recommend Nathan's famous hot dogs - here is where he opened his first location, in between Surf and Stillwell streets.

To put the cherry on top of our boroughs tour we will finally hit Brooklyn, home of Biggie Smalls, Al Capone, Jay Z, Eddie Murphy and Jerry Seinfeld. The tour passes through the Orthodox Jewish neighbourhood and crosses the most emblematic bridge in New York. An unmissable experience!

The tour finishes around 3:30 in Brooklyn.

I travelled with friends
8

I travelled with friends
Show all the reviews
like Free

9.30 / 10 4,470 reviews
Embark on our free New York City walking tour and explore Wall Street and the September 11 Memorial & Museum with a professional guide.
Free!
Book
like -6%