Travel to Boston, one of the oldest cities in the States, on this full day trip from New York. This forward-thinking city is a perfect mix of history, tradition, modernity and student ambience. 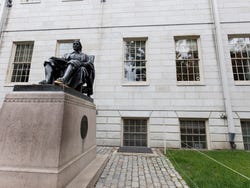 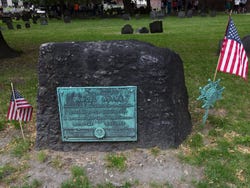 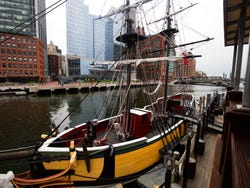 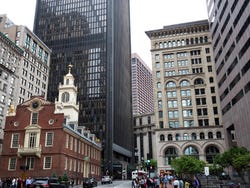 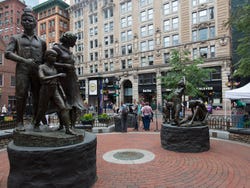 The first stop on the tour will be in Cambridge, home to the renowned Harvard University, which boasts the largest university library in the United States and the famous "Three Lies" statue. You'll discover why all visitors can't resist running their hands over the shoes of the John Harvard statue.

We'll take a panoramic tour of the city to see City Hall, the famous MIT (Massachusetts Institute of Technology) and Cambridge University.

After crossing the Charles River, we'll arrive in Boston, known as the intellectual capital of the United States. Why is this? We'll find out during the tour!

We'll discover the historical side of the city at Copley Square, where the beautiful Trinity Church is located. Then, we'll walk through Boston Common Park, the oldest public park in the country.

To recharge your batteries, we'll make a stop at Quincy Market, famous for being one of the places where the first steps towards American independence were taken and also for its wide range of food. You'll be able to try the typical conger eel soup or the sandwich stuffed with lobster.

After lunch, we'll head for the Old South Meeting House, where in 1773 the Boston Tea Party began to oppose high taxes. You'll learn more about this curious protest organised by the American colonists and its relation to the country's independence.

In the late afternoon, we'll return by bus to New York, to end the tour.

All of our providers comply with local legislation and applicable health recommendations to avoid the spread of Covid-19. Show more

The activity takes place with a guide that speaks in English and other language.

Return transport by van or bus depending on group size

English speaking guide during the tour

Free wifi on the bus

You can book up until 48 hours before the activity as long as there are still places. Book now to guarantee your spot.

Great trip, absolutely recomended. Our guide was spectacular, Zeneida made the trip!!!! Our driver "grandpa J", was really nice.

I travelled by myself
6