Explore Washington DC, Philadelphia and  Niagara Falls with this 4 Day East Coast Tour from New York. You'll discover some of the most important locations in the east of the United States. 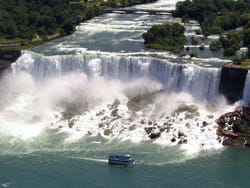 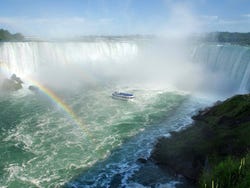 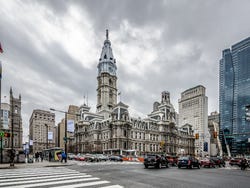 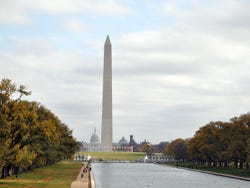 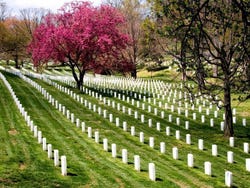 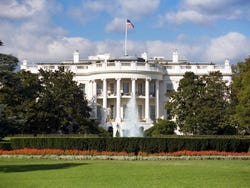 We'll meet at 6:30 am to depart from New York and head north passing through the Finger Lakes region, and admiring the Delaware Water Gap and the Watkins Glen State Park.

As we arrive in Niagara Falls we'll see Seneca Lake, surrounded by picturesque scenery, vineyards and quaint towns. Once at the famous location, we'll tour the American Falls, Goat Island and Luna Island.

Before retreating to our Niagara Falls hotel, Ramada by Wyndham, we'll see the beautiful colours of the waters at night.

After breakfast, we'll go to see the impressive Horseshoe Falls, also known as the Canadian Falls and is the largest of the three waterfalls with the highest flow rate. Here we'll take a boat ride on the Maid of the Mist to experience the powerful waters.

At noon we'll leave Niagara Falls and go back to New York. During the drive, will stop at one of the largest outlet shopping malls.

In the evening we'll arrive at our hotel in New Jersey, La Quinta Inn & Suites, Clifton.

We'll also explore the city's financial district, Benjamin Franklin Parkway and many more important sites. As we leave Philadelphia you'll spot the 'Rocky Steps', at the entrance of the Museum of Art, made famous for its scene in the film 'Rocky'. Our next stop will be Lancaster County, America's oldest Amish settlement.

We'll then leave Philadelphia in the afternoon, to head to Washington arriving in the evening and staying at the Wyndham Garden Hotel.

The day will start by visiting the important Thomas Jefferson Memorial, next to the beautiful man-made Tidal Basin surrounded by Japanese cherry blossom trees. We'll also visit the Arlington National Cemetery, the Changing of the Guard and the Kennedy family gravesite.

The tour will continue on to Capitol Hill, where we'll visit the US Capitol, the White House and learn about the US government. Next, we'll go to the Air and Space Museum, and the Lincoln, Martin Luther King, Korea and Vietnam Memorials.

The tour will end leaving Washington in the late afternoon, arriving in New York in the evening.

Admission to the Maid of the Mist (Summer) or Scenic Tunnels (Winter).

Book as soon as possible to guarantee availability.

Yes, imperative to point out when the booking is made.

10 / 10 6 reviews
Visit the Hudson Yards neighbourhood to discover the must-see building on Manhattan's west side with this The Vessel Ticket. You'll enjoy the incredible views.
US$ 10
Book