Relive the King of Pop's greatest hits in New York with this Michael Jackson Musical Ticket. Enjoy your favourite songs performed on Broadway - a must-see show for his fans! 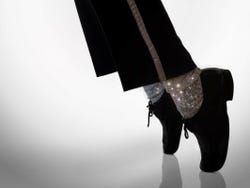 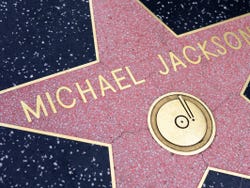 Michael Jackson is a Broadway musical that reviews the career of the King of Pop.

Throughout his long musical career, Michael Jackson sold over 350 million records worldwide. During the approximately two hour show, you'll enjoy the King of Pop's greatest hits. Among them are Don't Stop 'Til You Get Enough, Rock with You, Billie Jean, Beat It, Thriller, Bad, Man in the Mirror, Smooth Criminal, Black or White and many others.

With an eye-catching staging, MJ's musical show also includes many other surprises that will delight fans - one of the most successful artists of the 20th century!

Due to popularity, MJ has limited availability. If you're travelling to New York in the summer or at Christmas we recommend you to book two months in advance.

MJ is performed in English. However, during the show, there are subtitles in other languages.

At the time of booking, you'll automatically be assigned the best seats together available at that time - the sooner you book the better!

MJ is performed at the legendary Neil Simon Theatre: an iconic Broadway theatre built in 1927. It has a capacity for 1362 spectators, and is located at the following address in New York: 52nd Street, in the heart of Manhattan!

Sometimes it's impossible to get tickets to MJ's musical. If you can't buy tickets on our website, you can try to get them from resale sites like SeatGeek.

Entrance to MJ Musical with Orchestra or Front Mezzanine seating.

You can book up until the previous day (11:59 pm) if there are still places available. Book as soon as possible to guarantee availability.

Yes, imperative to point out when the booking is made.

US$ 232
No hidden fees or surcharges
Book

10 / 10 6 reviews
Visit the Hudson Yards neighbourhood to discover the must-see building on Manhattan's west side with this The Vessel Ticket. You'll enjoy the incredible views.
US$ 10
Book