The troubling love story of The Phantom of the Opera is one of the most fascinating on Broadway. The Musical is one of the longest-running in New York City and over 80 million people have already enjoyed it. 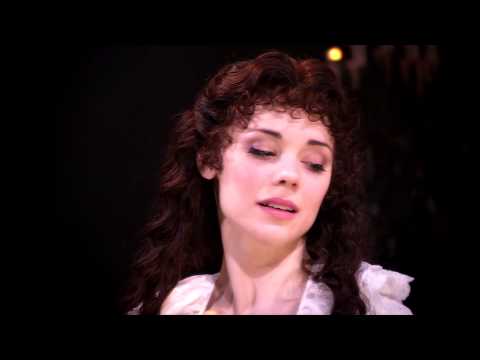 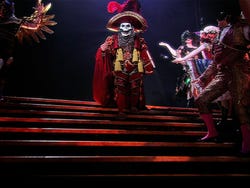 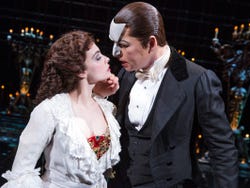 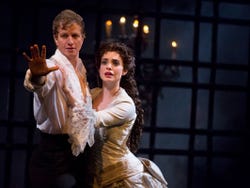 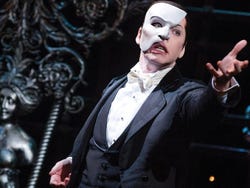 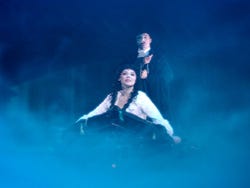 The Phantom of the Opera Tickets

The Phantom of the Opera is based on a classic French thriller, in which a disfigured composer haunts the Opera of Paris. This mysterious musical genius composes from the shadows and falls in love with Christine, a young and talented Soprano singer. Christine becomes a huge star and meets a handsome man, which infuriates the Phantom and takes out his fury out on the public and workers of the Opera.

It is based on the novel written by Gaston Leroux “Le Fantôme de l’Opéra” in 1910. Inaugurated in 1988, it was awarded 7 Tony Awards (including the Best Musical of the Year) and it has become one of the most successful musicals on Broadway.

Although there are eight performances a week, The Phantom of the Opera is the second most popular musical on Broadway, and tickets to see it are quickly sold out. If you visit New York during summer or at Christmas, we recommend you book at least two months in advance.

The Phantom of the Opera is performed in English, but the theatre offers audio guides in Spanish for US$ 10. They can be rented directly from the box office.

The Majestic Theatre allocates the seats at the time of booking on a best available seat basis, so we recommend you book the tickets as soon as possible to get a good place! When booking you can choose between three different options:

The Majestic Theatre hosts The Phantom of the Opera since 1988. The Theatre was inaugurated in 1927 and has 1607 seats.

The Phantom of the Opera is recommended for children over 8 years old.

It is compulsory to present a Covid vaccination certificate, a negative PCR test or antigen test taken up to 48 hours before the activity. Show more

from
US$ 111
No hidden fees or surcharges
Book

Everything excellent. We arrived 1/2 hour before the indicated time with the VOUCHER and they gave us the tickets. The very good work. Opinion translated. Show original.

I travelled with teenagers
6

7.70 / 10 6 reviews
Discover the world's most famous natural science collections with this ticket to the American Museum of Natural History. Ready to meet the T-Rex?
US$ 23
Book
like

8.60 / 10 56 reviews
Discover the world’s most important modern art collection by visiting the Museum of Modern Art (MoMA) in New York. Marvel at “Les Demoiselles d’Avignon” and “The Starry Night”.
US$ 25
Book
like