With exhibits from Egypt, Greece and Rome, as well as some of the most famous European paintings ever created, the New York MET museum is one of the finest in the world. 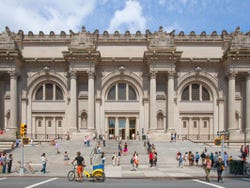 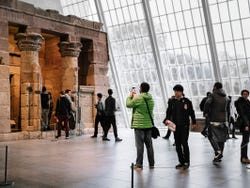 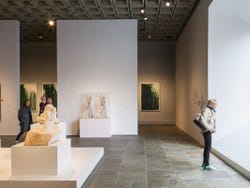 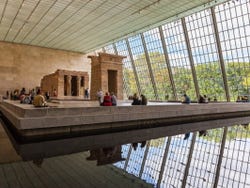 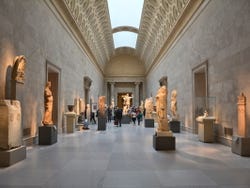 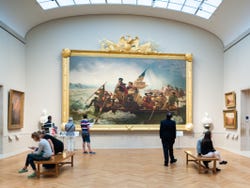 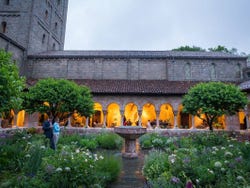 The Metropolitan Museum of Art, popularly known as the MET, is one of the most important museums in the world, with exhibits on history, archeology, sculpture, painting and decorative arts. The importance and breadth of its collection make it an unmissable attraction when in the Big Apple.

The permanent Met museum is so huge that its various pieces and famous works of art are distributed among three different buildings in New York:

Found on Fifth Avenue itself, right alongside Central Park, this is the largest of the three. Its collection includes many pieces from throughout the history of humanity, from the Neolithic to the modern day: sarcophagi and reconstructions of temples from Ancient Egypt, pots from classical Greece, sculptures from the Roman Empire, armour from the Middle Ages, works of Islamic art...

And you simply can't miss the art gallery, where you'll find works from masters such as Rafael, Van Gogh, Picasso, Velázquez and more...

Following the link below you can download the complete map of the Fifth Avenue Met:

The museum is open at the following times:

Found in Fort Tryon Park, The Met Cloisters is a museum that recreates various Medieval cloisters and abbeys from throughout Europe. Unmissable for lovers of history, art, and architecture alike!

And as well as the stunning reproductions, the museum stands out for its medieval-inspired gardens: an oasis of tranquility amidst the hustle and bustle of New York City.

Following the link below you can check out a full map:

The Met Cloisters is open daily at the following times:

With your reservation, you'll get a ticket valid for three consecutive days, and for both MET locations. As well as this, your ticket will allow you to skip the lines at the ticket offices, which thanks to the popularity of the museums, can save you a lot of time.

Your ticket is valid both for permanent and temporary exhibitions, which are also popular: the MET regularly organizes major retrospectives from famous artists.

It also offers you a discount at the MET Store, the official museum shop: 10 dollars off the final price of 50 dollars or more.

Skip the line access to visit The Met Fifth Avenue, The Met Breuer and The Met Cloister on 3 consecutive days.

US$ 10 discount on purchases of US$ 50 or more in the MET Store official shop.

Most areas are accessible.

US$ 25
No hidden fees or surcharges
Book

We booked for Wednesday and the MET is closed that day, so when I went next day and tried to get the Voucher to show it to get the tickets, I was not able to do so, and the people in the MET ticket's section did not know about Civitatis. The lady still wrote the booking code and let us in...

Very big. To be all day! Opinion translated. Show original.

For its collections, sculptures and paintings, a wonder for the senses Opinion translated. Show original.

The receipt has no barcode. To obtain the ticket, a barcode is required, the system has no option to enter the code. I suggest incorporating barcode to get the ticket Opinion translated. Show original.

Excellent service. At the museum we were attended by a very friendly Spanish guide. Opinion translated. Show original.